How To Be Funny: attack people, researchers say

HONG KONG, March 2, 2015: THE SUREST WAY TO MAKE someone laugh is to attack them, researchers said this week. Humor is rooted in fear, and laughter is a type of screaming.

The widespread belief that surprise is the basic unit of joke delivery is wrong, according to entertainment researchers at the School of Design, Hong Kong Polytechnic University. Unpredictability is a common but OPTIONAL element of the process of making people laugh out loud, while the creation of emotional tension is far more significant.

To test the hypothesis, researchers studied live and recorded incidents in which people laughed out loud at material which lacked the traditional structure of a set-up line followed by a surprise punch-line. Rather than laughter being missing, audiences were more amused.

Laughter was studied in various “amusement delivery” contexts, including storyteller and child, comedian and audience, parent and baby, and so on. 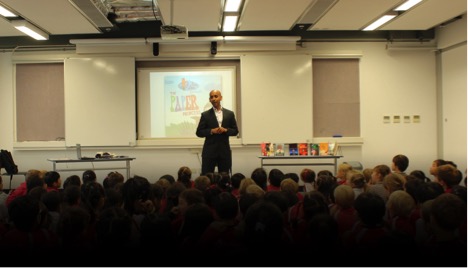 CHILDREN: Audiences of children heard a repetitive folk tale about an “impolite” worm who eats members of his family, one by one—and they laughed out loud even though the progress of the story was so obvious that they could finish it themselves. “There were no surprises. What made them laugh was the attack on their basic assumptions, which is that children should never eat their siblings and parents,” said Vittachi.

TV COMEDIANS: The investigators also reviewed the acts of professional comedians, noting that punchline-driven jokes had been overtaken on TV by deliberately repetitive skits, such as Catherine Tate’s “I’m not bovvered” sketches, focused on personal conflicts, and containing no surprises.

LIVE COMEDIANS: They also noted the deliberately hostile relationship between stand-up comedians and their audiences, characterized by Bernie Mac, whose opening-line is “I ain’t scared of you m***********s.”  They noted that comedy club live shows regularly featured comedians taking a highly combative stance against the audience.

FAMILIES: Researchers found that parents, observed in public spaces, physically attacked babies, toddlers and small children to make them laugh. They nibbled their children’s arms and necks, threw them in the air, or pretended to drop them. In all cases, the reaction was laughter, with the children typically saying: “Again! Again!” This indicated that the cause of the laughter was not surprise, but the attack itself.

WHY YOU CAN’T TICKLE YOURSELF

The study, called “How to be funny”, sheds light on long-running laughter-related puzzles.

Why can we not tickle ourselves?

Answer: because you can’t attack yourself.

Why is embarrassment sometimes expressed by laughter?

Answer: Gross emotional discomfort is the root of involuntary laughter.

The hypothesis also gives a new understanding of human utterances sometimes defined as “courtesy laughter”, reclassifying them  as “discomfort laughter”. If a sufficiently scary boss is speaking, subordinates will laugh even if the leader makes no jokes at all.

The study shares anecdotal evidence of an experiment in which an individual says to a child in a classroom setting that he can make her laugh with a single word. The researcher then waits for a period of about 10 seconds for tension to build up, before saying a random word. The laughter that inevitably follows is not caused by the word, but by the tension that has been allowed to build up.

“In live situations, making people laugh has surprisingly little to do with the words used,” said Vittachi. “It’s all about the spiky, dynamic relationship between the speaker and listener.”

The full paper is available free of charge as a download in the PDF below.

This was a project of the Creativity and Education Research Lab, School of Design, Hong Kong Polytechnic University.

This is only a preview. Your comment has not yet been posted.

The letters and numbers you entered did not match the image. Please try again.

As a final step before posting your comment, enter the letters and numbers you see in the image below. This prevents automated programs from posting comments.

Having trouble reading this image? View an alternate.

(Name is required. Email address will not be displayed with the comment.)